3. Use games for learning

x2.  De-brief at end of session

At MoF we welcome all children of all abilities. We have never selected or trialled children, and we never will. This is because we believe that football and futsal - and the holistic benefits that derive from playing and enjoying these games - should be rewards for everyone,  not just those with a neat left foot. We have a finite number of spaces on our programme, and they are filled on a first-to-enrol basis, regardless of ability.

Children at MoF are grouped according to their learning needs. This is not an exact science, and will take into account their abilities, confidence, friends, age, athleticism and attitude. Children are not grouped by age as they are at school or in most other football programmes. We are able to respond to changes in learning need by moving children when they are ready for a different group.

Even though we take ability into account when we group children into sessions, in every time slot we have a real variety of different children. This means that working at MoF is potentially more difficult than coaching at the local pro club academy (or other selective programe where they only want to teach the children who can already do it, and aren't interested in how they learnt to do it in the first place). A MoF coach should be just as excited about working with a new footballer as they are about working with one who has magic ball skills.

Many of the children on the MoF programme are late to football. These days that means that they are 8-12 years old and they have only just shown an interest in football or futsal. One of the continued and most consistent successes of MoF over the years has been our ability to integrate these late-starters into our programme and allow them to catch-up with their peers who have been doing organised coaching drills since they were 5 years old. One of the ways we do this is by allowing them an entry level into football which is appropriate for them (i.e. not based on their age) and then responding to changes in their motivation, confidence and ability by moving groups when they are ready.

We need to ensure that all children are challenged at a level appropriate with their confidence, ability and motivation. It is desirable that every child finds an activity, problem and session difficult in some way. This could be the difficulty of working with someone new, the difficulty of a new role or new activity, or most often the diffifulty posed by the opponents in a game.

These difficulties are desirable because they are crucial to learning. Without the challenge, children will not need to explore new ideas and solutions. We believe that it is within this exploration - often a social exploration where children share ideas and thinking - that new learning happens and ideas and beliefs are built on. 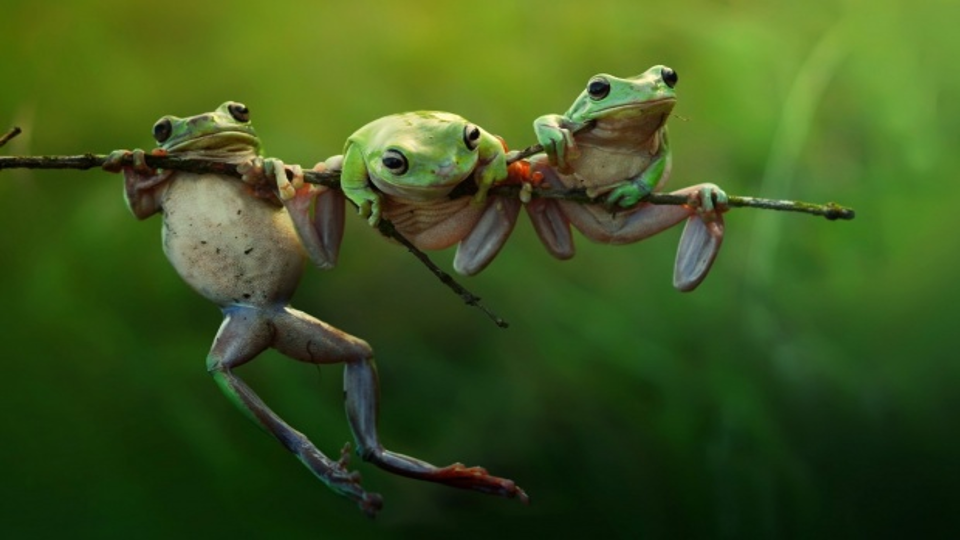 Adjusting the difficulty and complexity

In any group / activity / task, you will have some players who find the activity easy and some who find it difficult. Different groups will emerge:

“The skill of the coach is to identify which players within the group need to be challenged further, which players are OK to continue with the original task, and which players need support in order to catch up with the rest of the group”   – The FA’s ‘The Future Game’, 2010

How can you make the task easier for those who are striving to keep up? How can you make the task more challenging for those who are forging ahead? Use the STEPs template (below) to help you find ways of changing individual tasks. It is very important for coaches to consider how to amend the task for certain players. These changes to sessions should be thought about before the session and should comprise part of the coach’s session plan.

Coaches don’t need to stop the session in order to assist those players who are struggling, or to challenge those who are finding it too easy. In fact, it may not be a good idea to single out those players in front of their peers. Instead, coaches can have a quick chat with players during the activity. (e.g.  to challenge a player finding something easy: “Josh, can you keep your head-up while you receive the ball, and use the other foot to make the pass?”)

A typical group of MoF children will be between 8 and 14 in number. However, often we will split that group into pairs or smaller groups, to play 1v1 or 2v1 games or other small-sided game formats.

It may be a good idea, at times, to group (within the group) so that children of similar abilities work together. This may be desirable so that the challenges (the desirable difficulties) they face are most appropriate to their current level of skill and ability to solve the problems inherent in the whatever game we are playing.

However: Coaches should remember that each session is a new one. Our pre-conceived ideas about who is highest ability and lowest ability need to be erased, and we need to observe with fresh eyes each session, so that we can really see who is struggling and forging ahead. We need to notice sudden improvements in children, and we need to recognise which children are maybe having a day when they need a lighter challenge than usual.

What abilities are we grouping by? Typically, in football, when we talk of ability we are describing ball mastery or game understanding. But it may be just as relevant to think about other abilities, such as ability to work with others, ability to follow rules and play fairly, ability to listen to instructions and listen to other people's idea, ability to try again when it doesn't go right etc.

Children need to work with a variety of other people. If you've ever been in a PE lesson where you were paired with someone who didn't work well with others, then you know how frustrating this can be. It's not fair for a child to be paired or grouped with others who can't work well with them for the entire session. Instead, it would be more appropriate to switch children among groups every so often, or swap partners when doing pair work. If we believe that children need to intereact in order to share ideas and challenge each other, then we may need to ensure that we switch pairs and small groups around in order that ideas can pollinate successfully around the larger group.

Good coaches know when and how to adjust and progress activities. These coaching decisions are critical in order to deliver great sessions. Coaches can use the STEPs template to help them consider how an activity needs to be altered to fit the age/stage (needs) of the children in the group. 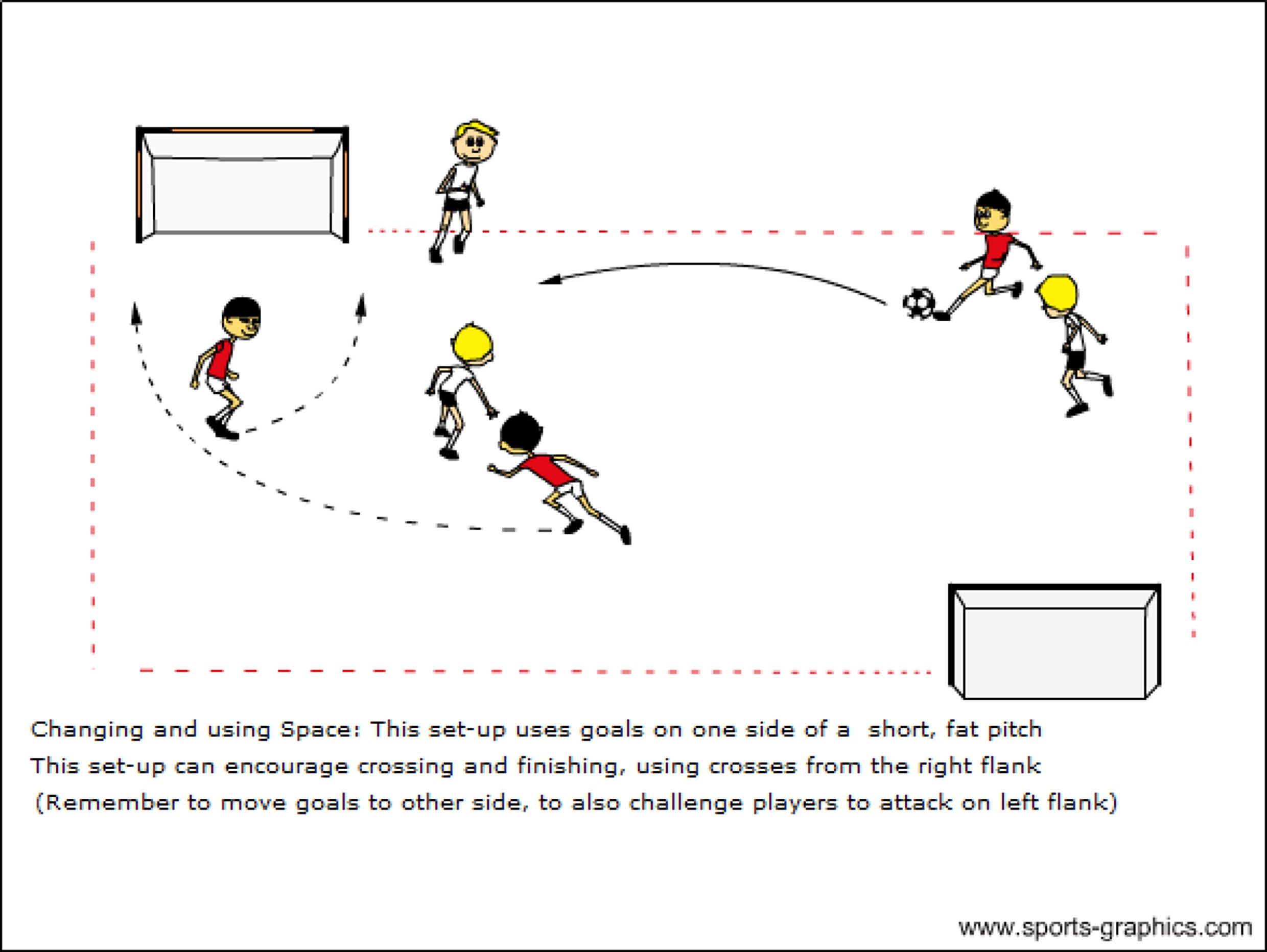 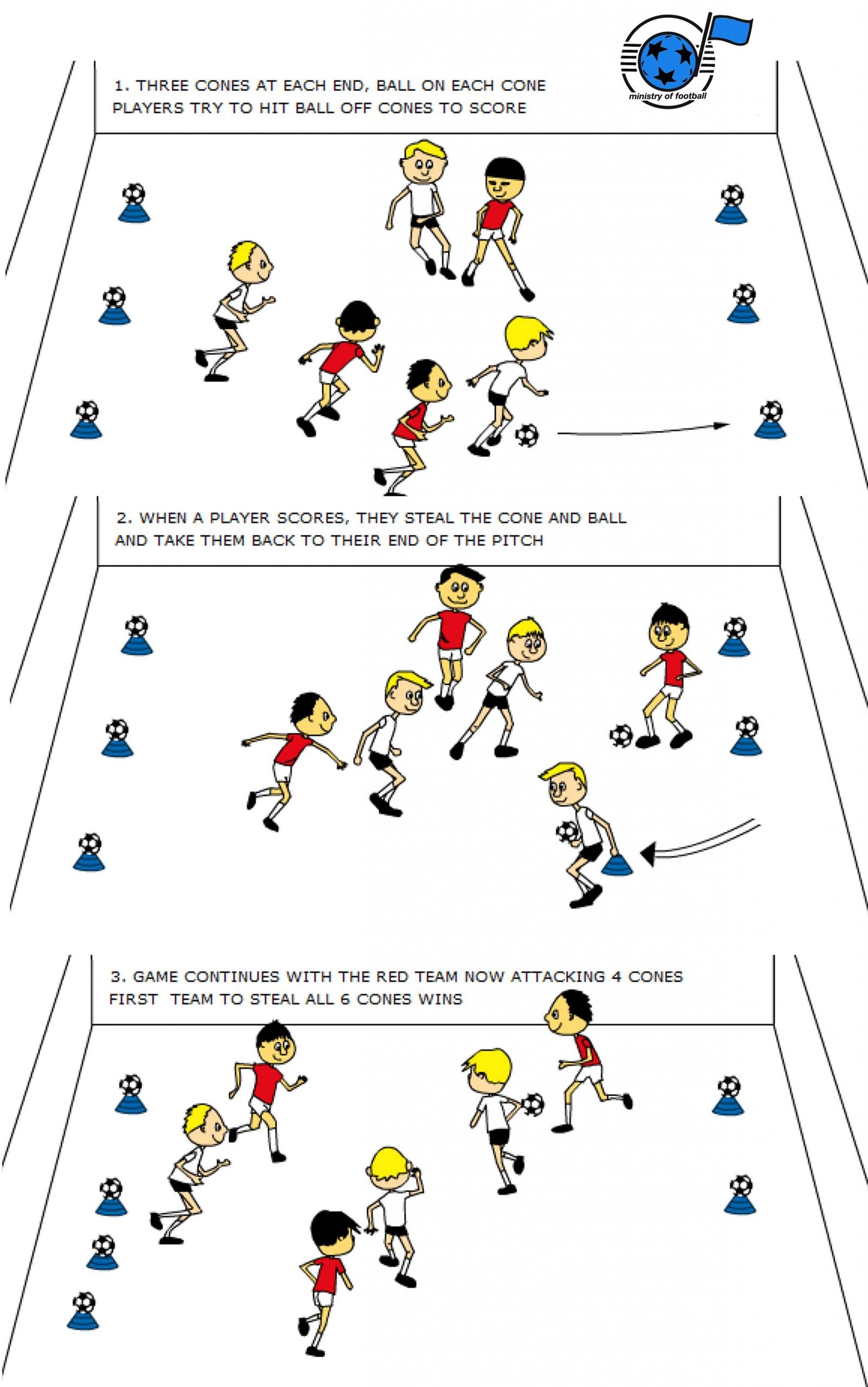 Another framework for adapting activities is provided by 'Change it', below. It is worth considering how these factors can help progress or regress challenge levels for individuals, small groups or the whole session. 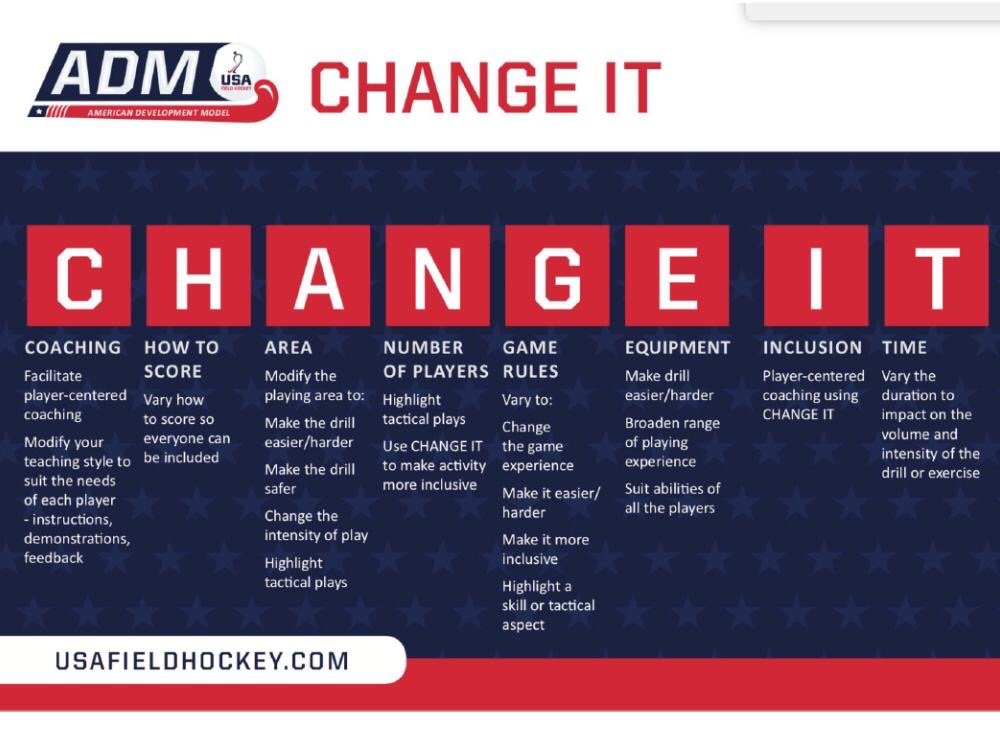 Our Coach Education group is set-up to share ideas and best practice among football coaches. We look forward to connecting with you.

Tips, advice, session plans and ideas, connect with other coaches
We won't share your information with anyone else. You can unsubscribe anytime